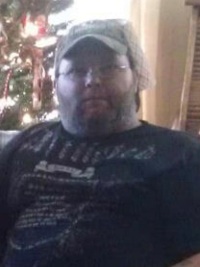 He was born October 31, 1971 in Linton, IN to Michael Cazee and Gail (Bolinger) Wasnidge.

Tony worked as a carpenter and was very gifted, he loved fishing the White River and just being on the river. Tony also collected pocket watches and knives.

Arrangements are entrusted to Michael W. Cox, Cox Funeral Home; 218 South Meridian Street; Jasonville, Indiana. As Tony wished there will be no services.