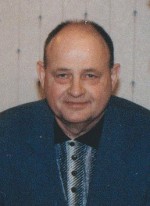 Wayne graduated from Gilboa High School in Remington, IN in 1957. He worked for Remington Ready Mix until 1961; J.L. Wilson Construction in Bloomfield, IN until 1963; and Anaconda, Atlantic Richfield, Arco, Alcan and Novelis in Terre Haute, IN from 1964 until his retirement in 2004. Wayne was a member of the Army National Guard from 1955 until 1963 and a member of the Jasonville United Methodist Church. Wayne loved his family, friends and his special companion, April, his dog. He was always willing to help others and loved his work.

Memorial contributions were made in lieu of flowers to the Jasonville United Methodist Church, Lawton Street Christian Church, Vista Care Hospice or charity of choice.