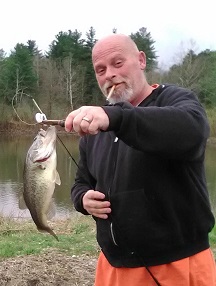 He was born January 27, 1965 in Lebanon, IN to Norman D. Bennington and Donetta F. (Fairchild) Bennington.

He was preceded in death by his paternal grandparents, Howard K. Bennington & Bessie Alverta Bennington.

Mark had previously driven for Custom Concrete in Westfield, IN and a Mail Truck for Sodrel. When he moved to Jasonville he drove for Buchta, then Gypsum Express and at last, Jones & Sons in Vincennes hauling concrete. He was a U.S. Army Veteran.

In lieu of flowers, contributions were made to the Cox Funeral Home to help with funeral expenses.