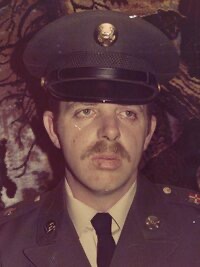 He was born January 17, 1945 in Princeton, IN to Willie Franklin Ansorge and Georgia Belle (Beadle) Ansorge.

He was preceded in death by his parents, son, Danny Ansorge; grandson, Darren Michael Ansorge.

Bill worked with explosives at NSW Crane until he retired. He enjoyed woodworking, loved fishing and hunting. He also enjoyed watching Gunsmoke and studied the life of Jesse James and had watched the movie Tombstone many times. Bill was a US Army Veteran. He attended Lebanon Baptist Church.

Interment will be at Peavey Cemetery near Howesville, IN with Military Graveside Rites.