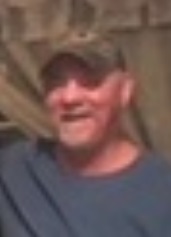 BILLY LENNINGS, known to family and friends as “BB” passed away on Monday, January 21, 2019 in his residence at the age of 55.

Billy was born on April 8, 1963 and was a graduate of Union High School in 1981. He enjoyed pleasure and competition squirrel and coon hunting over the years, especially with his dad. He was also an avid sports fan, particularly watching his nieces play.

Billy was preceded in death by his parents, Billie and Susan Lennings; half-sister, Nahelia; brother, John.

A Memorial Service will take place on Monday, January 28, 2019 at 6:00 p.m. at the Jasonville Church of God with Pastor Jonathan Heard and Rev. Jason Hill officiating.

Private Burial will be at a later date.