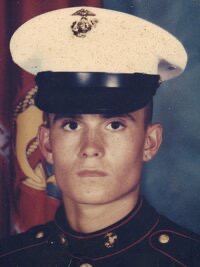 He was born April 13, 1968 in Terre Haute, IN to Billy Durance StinesSr. and Cheryl Darlene (Hunter) Stines.

Billy graduated from North Central High School. He was a U.S.Marine veteran. Billy worked in manufacturing in his early years. He was an athlete, running track and cross country having won state competitions. He liked playing darts, hunting gensing and fishing. Billy had previously Pastored for several years. He loved his family and spending time with them.