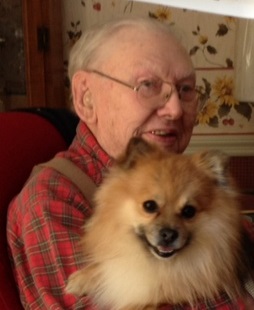 He was born May 9, 1919 to Roy and Rebecca Pearl (Clark) Bridwell. He graduated from Midland High School, Indiana State Teachers College, and Indiana University. He taught music and art in various Indiana school districts as well as serving as Audio-Visual Director for the Southwest School Corporation in Sullivan County.

He belonged to Lebanon Baptist Church where he served as Deacon and Sunday School Teacher. He also attended Shakamak Community Church and the Bible Study there.

Nathan was actively involved in the Jasonville Community, serving on the Chamber of Commerce, Shakamak School Board, and various groups working for the Shakamak Medical Center, State Park improvements, Good Samaritan Home, etc. He recently received the Ed Shepherd Award for his community work.

He was an avid reader, having read the Bible more than 120 times; he enjoyed music, art and his dogs. Always an encourager, educator and networker, he was interested in the people around him.

In lieu of flowers contributions were made in made in memory of Nathan to the Shakamak Community Church, Lebanon Baptist Church or Greene County Humane Society. Envelopes were available at the church.