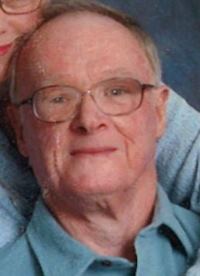 CARL EUGENE (BUB) BORDERS 81 of Jasonville passed away at 1:30 P.M. Sunday, May 3, 2020 at his residence and will be greatly missed by his children and friends.

He was born July 8, 1938 in Jasonville, IN to Francis E. Borders and Freda Jane (Gates) Borders.

Carl graduated Jasonville High School Class of 1956, ISU and University of Wyoming with degrees in math, geography and physics. He was a Veteran of the U.S. Army. In his 30 years in education Carl taught, math, physics, solid-state electronics, physical science, geography and geology. He was a member of ISTA, NEA, National Council of Teachers of Mathematics, 50 Year member of Jasonville Masonic Lodge F&AM #530. He also enjoyed gardening and reading. Carl was a son, brother, husband, father, grandfather, educator and Master Mason.

Arrangements are entrusted to Michael W. Cox, Cox Funeral Home; 218 South Meridian Street; Jasonville, Indiana. In keeping with Carl’s wishes there will be no services.