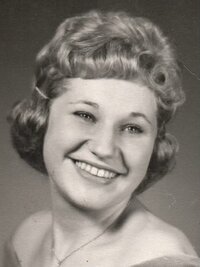 CAROLYN SUE (BECK) HUBBELL, 76, of Jasonville, IN passed away from Amyotrophic Lateral Sclerosis (ALS) on Friday, May 6, 2022 in her home surrounded by her loving family.

Sue graduated Shakamak High School Class of 1964. In the early 50’s Sue began her work career at Grandpa Bond’s Milk and Ice House. She later worked at Beck’s Drive In where she met her future husband. Sue worked in the Assessor’s office in the Greene County Court House; she later served as the Wright Township Trustee. Sue loved cooking for her family and was known for her Rice Crispie Treats. She enjoyed her flowers, being out doors and the color Lavender. Sue was a member of Wilson General Baptist Church.

Arrangements are entrusted to Michael W. Cox, Cox Funeral Home; 218 South Meridian Street; Jasonville, Indiana. Visitation is scheduled from 5 to 8 P.M. Wednesday, May 11, 2022 and 11 A.M. until service time Thursday at the Funeral Home. Funeral Services are 1 P.M. Thursday, May 12, 2022 with Pastor Jack Simpson and Pastor James Phipps officiating. The family would like to extend a special thanks to Todd Walton of Welch and Cornett Funeral Services.

Interment will be at Peavey Cemetery near Howesville, IN.