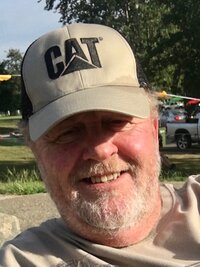 CHRIS B. COTTOM, 63, of West Terre Haute, IN passed away at 9:26 P.M. Thursday, November 5, 2020 following a brief illness in IU Health Methodist Hospital in Indianapolis, IN.

He was born October 22, 1957 in Terre Haute, IN to Hubert Jerry Cottom and Rose Mary (Brannan) Cottom Pershing.

Chris graduated West Vigo High School Class of 1976. Chris retired in March, after 30 years with the International Union of Operating Engineers, Local# 103. He was a member of Young Men’s Club and an associate member of the Indiana Sheriff’s Association. Chris enjoyed riding his Harley, tinkering with muscle cars, collecting firearms, boating and most of all spending time with his family. Chris worked hard all his life, and loved his family dearly. The last words he ever spoke were about his amazing love for his grandkids.

Chris would have asked, in lieu of flowers contributions may be made in memory of to OutKast Softball 14 and under, P.O. Box. 24, West Terre Haute, IN 47885.