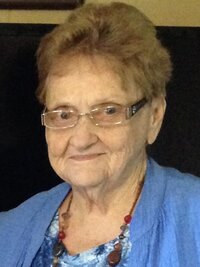 Trudy came as a joyous, mischievous gift to her parents Sherman Borders and Cleo (Cox) Borders on August 22, 1937.

Trudy was a loving mother, grandmother, great-grandmother and great-great-grandmother. She enjoyed reading, sewing and working in home health care as a CNA. She worked at several places including Keller Chair Factory, Underwood, Charles Industries and Shakamak State Park just to name a few. Trudy was an active church member of Howesville Church of God of Prophecy where she enjoyed singing and worshiping the Lord.