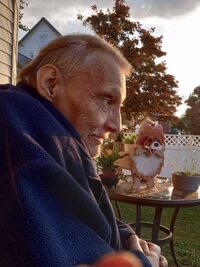 He was born July 18, 1957 in Whiting, IN to William M. Nickelsonand Lucille A. (Gorby) Nickelson.

Daniel graduated from Shakamak High School Class of 1975. Daniel owned and operated the Pizza Dr. in Coalmont. also Prairie Displays Fireworks. He had worked as a coal miner for several years. Daniel enjoyed fishing, bowling, gardening and yard work. He got a pilotslicense and enjoyed flying as well. He was involved in Martial Arts, enjoyed music and playing the drums and the guitar and liked playing corn hole. Daniel loved cars and working on them, especially his Camero. He was involved in putting on the Bogle Corner fireworks display. He was half owner of Unreal Nightmares in Jasonville. Daniel loved and cherished his children and grandchildren and spending time with family. He made his wife and all those around him better people. He will always be loved and greatly missed.

Arrangements are entrusted to Michael W. Cox, Cox Funeral Home; 218 South Meridian Street; Jasonville, Indiana. In keeping with Daniel’s wishes cremation is scheduled with a Celebration of Life to be held at the family home at 2:30 P.M. Sunday, July 24, 2022.