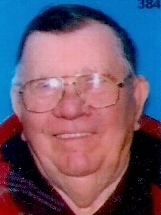 He was preceded in death by his parents; wife; daughter, Sherrie M. Dean in 2012; son, Garry Dean in 2016; brothers, Wesley Dean, Leslie Dean.

Melvin was a mechanic and truck driver with Siepman Coal Company, Sinder’s Chevrolet in Jasonville, Chesty Potato Chips in Terre Haute and then to work for Peabody Coal Company out of the Midland Shops as a mechanic. He was a member of the United Mine Workers. He has attended the Jasonville Assembly of God Church. Melvin loved hunting, fishing and working with his bird dogs. He would hunt anything that was in season.