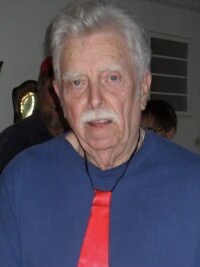 He was born December 24, 1931 in Greene County, IN to Wesley Henry Perry and Grace May (Zimmerman) Perry.

Don worked as a welder for Westinghouse. He was a member of the Jasonville Assembly of God Church, and Cole City American Legion Post # 141 . Don enjoyed working with his hands doing woodworking, as a  locksmith and just tinkering, taking things apart and repairing them and putting them back together.

Interment will be at Worthington Cemetery in Worthington, IN with Military Graveside Rites.