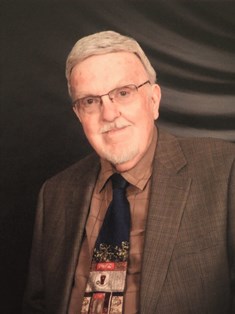 The Reverend Doctor Donald Leroy Reed, age 77, of Fort Wayne, Indiana passed away on April 18, 2019 in Fort Wayne. He was born January 13, 1942 in Linton, Indiana to Lester Reed and Mary (Furry) Reed.

He is survived by his wife of 55 years, Paula Anne (Bemis) Reed of Fort Wayne.  Paula was the love of his life and his devoted companion and caregiver through many years of disability.  Their love and life were the true expression of the wedding vows they made to each other on June 23, 1963 in Jasonville, Indiana.Other survivors include children Anne McRae (Ronald Jr.) of Cincinnati Ohio, Christopher Reed (Fayeann) of Avon, Gordon Reed of Indianapolis, Amy Kreider of Indianapolis, James Reed of Miranda, California; grandchildren Cody Reed, Joshua McRae, Candice Reed, Sarah McRae, Liam Kreider, Rowan Kreider, Sabina Reed, Chloe Reed, Feliz Reed; siblings Paul Reed (Martha) of Dana, Beth Ostby (Robert) of Columbus. He was preceded in death by his parents.

Donald was a graduate of Jasonville High School, Class of 1959.  He earned three degrees, B.S., M.S., and PhD in Education from Indiana State University.  He was also an ordained minister under the General Council Assemblies of God. Don was a lifelong educator and pastor, leading several Indiana schools and community colleges and ministering as Senior Adults pastor at First Assembly of God in Fort Wayne.  He served for many years on the Board of Directors of the League for the Blind and Disabled, and was a member of Rotary International and many other organizations.  He impacted countless lives through his leadership and pastoral care. Favorite pastimes included music, golf, gardening, playing with his beloved dog Webster, and being an avid Pacers basketball fan.

The family appreciates your love and support.  In lieu of flowers, contributions may be made in memory of Donald Reed to his cherished causes, the Lester Reed Scholarship Fund in care of First Assembly of God, 338 West Main Street, Jasonville, IN 47438 or to League for the Blind and Disabled, 5821 South Anthony Blvd, Fort Wayne, IN 46815.