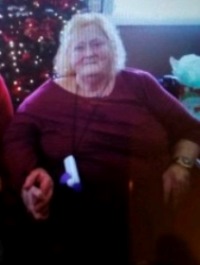 She was born January 13, 1945 in Linton, IN to Donald Fairchild and Theora Lee (Bayes) Fairchild.

Donetta had worked as a cook in several different restaurants before she started raising her family. She enjoyed working puzzles, making crafts and fishing.

Interment will be at Walker Cemetery in Jasonville, IN.