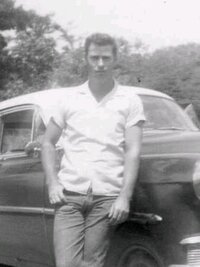 He was born October 21, 1934 in Coalmont, IN to Kess Caddell and Frances (Sumner) Caddell.

He worked on the railroad with Canadian Pacific and retired in 1996.  When Frank went to work for the railroad, it was Milwaukee, then the Soo Line.  He was a lifetime member of Maintenance Of Way Railroad Union.