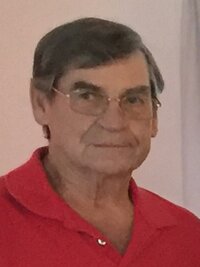 He was born January 31, 1942 in Freedom, IN to George Rawley and Voneta (Fowler) Rawley.

He was preceded in death by his parents, wife; 5-brothers and 2-sisters.

Jay worked at RCA for a few years before starting work for Tracer Trailers as a welder and worked for them until they closed in 1991. He then worked for KPT until they closed in 2001. Before retirement Jay worked for Heartland Pork in Worthington, IN. Jay enjoyed tinkering in his garage, in his early years he was involved in building dirt track race cars. He was an active member of the Sons of The American Legion Squadron #172 having served for 22 consecutive years. He was 7th District Commander from 2017 – 2019 and was 7th District Vice Commander until early this year. He enjoyed fishing and sitting in his chair in his back yard and spending time with his family.

Interment will be at Peavey Cemetery in Howesville, IN. at a later date.

In lieu of flowers contributions may be made in memory of Jay P. Rawley to SAL. Envelopes are available at the funeral home.