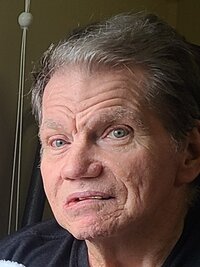 He was preceded in death by his father Charles W. Stevenson.

While living in South Bend, Jerry graduated Clay High in June of 1967. Jerry served in the US Navy, was a veteran and a member of Shelburn American Legion Post# 197. He worked at Wheel Horse, then for 27 years he worked at National Standard Steel in Niles, MI where he worked in the position of relief man learning 54 different operations until his retirement. Jerry moved to the Wilfred area 17 years ago. He loved and enjoyed cars and motorcycles having owned many of both in his lifetime.

Interment will be at Friendly Grove Cemetery in Lewis, IN with Military Graveside Rites.

In lieu of flowers contributions may be made in memory of Jerry to The American Parkinson Disease Association (APDA.), P.O. Box 61420l Staten Island, NY  10306. Envelopes are available at the funeral home.