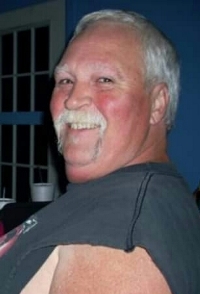 He was born June 19, 1946 in Perry County, IN to Amos Coy Jackson Sr. and Nanny Lee (Probus) Jackson. Jim was adopted and raised by Lois Irene and Tom Ketchum.

Jim had worked at the Federal Prison in Terre Haute as a Correctional Officer. He was a member of the Sullivan Moose Lodge #2517 and Linton American Legion Post #0022 and served his country in the Army from 1966-1968. He enjoyed singing karaoke, fishing, and spending time with his family.

Services will be at 1:00 P.M. Thursday, February 28, 2019, at the Assembly of God Church in Jasonville with Pastor Sam Bush officiating with military rites following.