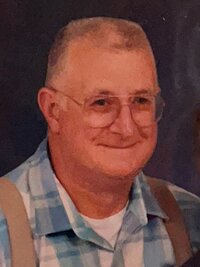 He was preceded in death by his parents, wife and both brothers; James Allen and Robin Allen.

John and Sharon both graduated from Aurora High School, Class of 1959. John received a degree in Agronomy from Purdue University. He worked for The Farm Clinic after graduation, then moved to Jasonville and spent the next 30 years working for the DNR. He retired as the assistant director of the Abandoned Mine Lands Program in Indiana. His true passion was farming. John loved collecting antique farm equipment and cars, raising Labrador Retrievers and Hereford cattle, traveling out west, watching old westerns and riding horses in his younger years. John was a loving and devoted husband, father and grandfather, he enjoyed the time spent with his family.

Arrangements are entrusted to Michael W. Cox, Cox Funeral Home; 218 South Meridian Street; Jasonville, Indiana. In keeping with John’s wishes cremation will be scheduled with a Celebration of Life to be held at a later date.