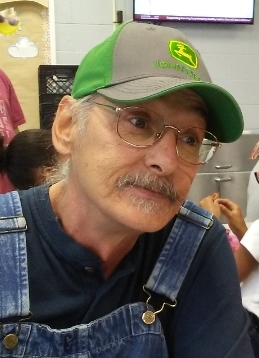 He was born September 17, 1962 in Indianapolis, IN to Carl Jones and Karen (Summers) Jones.

Survivors include his wife of 33 years, Robin (Lang) Jones of Jasonville, IN who he married on June 8, 1985; daughter, Amanda Jones-Hoff (Ben) of Friendswood, TX; grandchildren, Maxine Hoff and Walter Hoff; siblings, Dennis Jones (Nancy) of Jasonville, IN, Nancy Daugherty (Doug) of Jasonville, IN, Jerry Jones (Cathy) of Vicksburg, IN and Mike Jones (Sheila) of Mooresville, IN; father and mother in-law, Robert and Judy Lang of Jasonville, IN; sister-in-law, Candi (Lang) Hamilton (Brian); Lots of Nieces & Nephews and Great-Nieces and Nephews; Many Very Special Friends and Family members.

He was preceded in death by his Father and Grandparents.

He worked as a Coalminer, on Construction and loved Farming. Jon was a dedicated Harley rider, enjoyed watching Hummingbirds, he liked to fish and go camping at HogRock, loved playing with his grandchildren Max and Walt and enjoyed traveling. Jon liked to pull tabs at the Hymera American Legion. He was a US Army Veteran and served in the Indiana National Guard.

Arrangements are entrusted to Michael W. Cox, Cox Funeral Home; 218 South Meridian Street; Jasonville, Indiana. As Jon requested there will be no services but a Memorial Service will be scheduled at a later date.