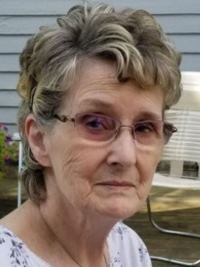 Judith “Judy” Burnett Givans Griffith, 82, of Indianapolis, IN went to be with her heavenly Father at 3:30 a.m. Friday, September 13, 2019 at her home in Indianapolis after a long battle with lung cancer.

She was born September 6, 1937 in Indiana to Ernie Griffith and Pansy May (Walker) Griffith.

She was preceded in death by her parents, Brother, Charles “Skippy” Shepard, and Sister; Barbara Gamble.

Judy was a graduate of Coalmont High School. She worked for Marsh Super Market where she later retired. Judith was an exceptional cook. She loved everything about country living.  She attended Cumberland Baptist Church. Her favorite season was Fall. Judy was a military mom of two sons who served and retired from the military. She enjoyed gardening, retirement, and most importantly; her family!