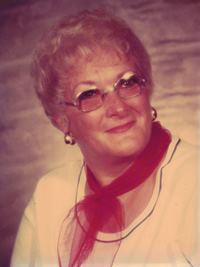 She was born November 9, 1933 in Coalmont, IN to Ike Bolinger and Thelma (Stoops) Bolinger.

June was well known for her cooking and worked in various restaurants and was an Antique Dealer as well. She loved to cook for her family, go antiquing, to yard sales and reading. She enjoyed breathing new life into old homes. June also enjoyed singing at church and listening to music.

Arrangements are entrusted to Michael W. Cox, Cox Funeral Home; 218 South Meridian Street; Jasonville, Indiana. Private family services are scheduled for 11 A.M. to 1 P.M. Wednesday at the funeral home. Funeral service will be 1 P.M. Wednesday, October 28, 2020 with Pastor Sam Bush officiating. Interment will be at Lebanon Cemetery in Midland, IN. In Compliance with State guidelines the family is requesting all who attend to wear a mask.