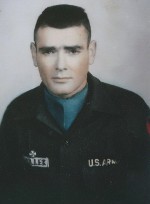 Kenneth retired from the U.S. Army as a SGT 1st Class and as a custodian for the Vigo County Library. During his military service Kenneth received the Bronze Star, Purple Heart, and numerous other commendations. He loved spending time outdoors and with his grandchildren fishing, watching Colts football, & Pacer basketball and cooking, especially Sunday dinner.