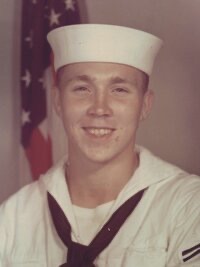 He was born October 12, 1950 in Linton, Indiana to Thomas Stevenson and Mary Fern (Willoughby) Stevenson.     .

Larry graduated from Shakamak High School Class of 1969. He served in the Navy for 4 years and was a member of Jasonville American Legion Post #172. He worked at the Federal Penitentiary as a guard and later for Alcan/Novelis until he retired. Larry enjoyed calling Bingo at the Shakamak Nursing Home and being around the residents. He also enjoyed playing games on his phone. Larry liked spending time with his friends.

Interment will be at Dishman Cemetery near Little Cincinnati, IN with Military Graveside Rites.