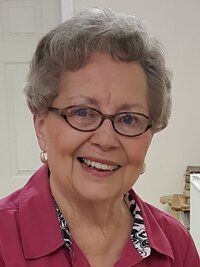 Marilyn Clark, 83, of Jasonville, passed away peacefully while surrounded by her family on Friday, April 22, 2022.

She was born on November 4, 1938 to Donwood and Lucille (Bartlett) Stockrahm in Vicksburg, IN.

Marilyn married Dorman Clark on November 22, 1956. Together they raised their three children. The Clarks moved back to Jasonville and opened Clark’s Clothing. Marilyn was the manager of the Jasonville and Terre Haute License Branches. The Clarks then founded The Jasonville Independent and published the paper for 17 years before retiring in April, 2021. Marilyn loved writing “Window on Main Street” and “Looking Back” for the newspaper.

Marilyn leaves a legacy of faith and unconditional love. She faithfully served God for over seven decades. Her children, grandchildren and great-grandchildren brought her the greatest joy.

Marilyn was preceded in death by her husband of 64 years, Dorman Clark, her parents, sister, Donetta Shipman and beloved son, Mark Wayne Clark.

Public Graveside Services will be held on April 28, 2022 at 2 pm at Peavey Cemetery with Pastor Sam Bush officiating. Michael Cox Funeral Home is in charge of arrangements.