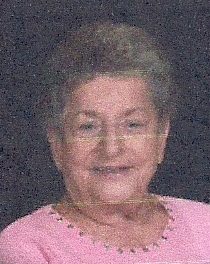 She was born July 12, 1923 in Kendallville, IN to Leland Charles Hastings and Annette (Courchaine) Hastings.

Virginia married Jack Richard Morris on April 11, 1942 and he passed away February 1992.

Virginia was a graduate of Fort Wayne Southside High School. She had previously worked at the Fort Wayne G.E. Plant and was a homemaker. She was a member of the St. Joan of Arc Catholic Church in Jasonville, IN and received the Brute’ Award from the Catholic Diocese. She enjoyed watching her soap operas and loved fishing.

Contributions were made in memory of Virginia to The Hope Center Foundation, American Heart Association, National Parkinsons Foundation, St. Joan of Arc Catholic Church. Envelopes were available at the funeral home.