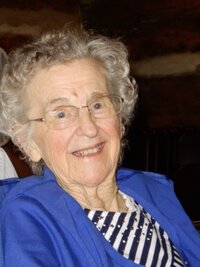 She was born October 16, 1929 in Jasonville, IN to Odie S. Mowery and Cora Mae (Utterback) Mowery.

She was preceded in death by her parents, husband, brothers, Harold R. Mowery, Morris Mowery.

Norma graduated from Jasonville High School Class of 1947. Norma had a realtors license and operated Phipps Realty in Denver Colorado with her husband. She worked at H&R Block preparing taxes for several years and was a homemaker. She was a member of Wilson General Baptist Church. Norma was a life-long student of the bible. She was an avid reader and enjoyed history. She was a loving sister, mother, grandmother and great-grandmother, loving the time she spent with her family.

Interment will be at Friendly Grove Cemetery in Lewis, IN.

In lieu of flowers, contributions may be made in memory of Norma to Friendly Grove Cemetery. Envelopes are available at the funeral home.