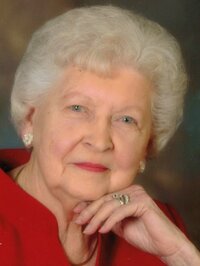 She was born September 16, 1928 to John Kenneth Prout and Lorine (Bedwell) Prout/Flater.

Pat graduated Jasonville High School and was a homemaker.

In lieu of flowers donations may be made in memory of Pat to Southern Care Hospice of Terre Haute, 4624 S. Springhill Jct., Terre Haute, IN  47802.