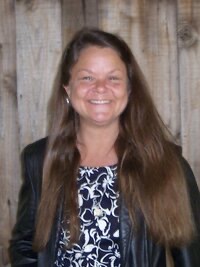 She was preceded in death by her mother; sister, Paula Pauling; step-father, Doyle Miller.

Portia graduated from Beech Grove High School Class of 1982. Portia had worked for K-Mart, Lane Bryant and Wonder Bread. She loved her cats, watching Colts football, shopping and going out to eat.

Interment will be at Lebanon Cemetery in Midland, IN at a later date.