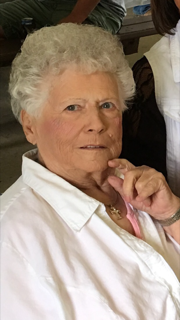 She was born August 2, 1928 in Coalmont, IN to Orville Crosby and Mayme (White) Crosby.

Roberta was a graduate of Coalmont High School Class of 1946. She was a homemaker. Roberta was a member of Shiloh Assembly of God Church. She loved to play euchre, read, go out to eat and go to church.