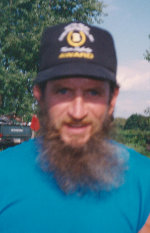 He was preceded in death by his father; brother, John Rehmel; step-father, Jasper Hamilton.

Tim worked as a coal miner and then farmed with Matt Hockman of H & H Farms. He attended the Jasonville Church of God.

Interment was at the Lebanon Cemetery in Midland, Indiana.