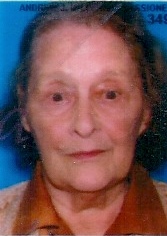 BETTY J. “TATTS” RHODERICK, 91, of Indianapolis and formerly of Jasonville, IN passed away at 3:00 p.m. Friday, June 30, 2017 in Westminster Village North in Indianapolis.

Betty was a homemaker. She was a Philanthropist donating to many organizations including Native American Children-Share Club-Jewish Relief Organizations.  Her true love was her family, friends and her flowers.

Live plants were preferred in lieu of flowers. Contributions were made in memory of Betty, to Jasonville Senior Citizens Center. Envelopes were available at the funeral home.