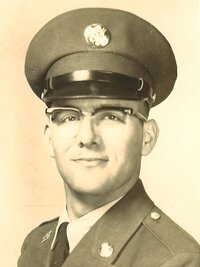 He was born November 17, 1942 in Sullivan, IN to Michael Motto and Fern (Letsinger) Motto.

He was preceded in death by his parents, brother, Harry Motto.

Robert graduated from Jasonville High School. He attended ISU and Vincennes University. Robert was a US Army Veteran having retired after 22 years 4 months of service to his country, he them worked at the Pharmacy at Fort Sam Houston and retired from there in 2004. He and Vera later returned to Jasonville. Robert was a member of Linton American Legion Post #22. He enjoyed leatherworking and working with stained glass as well as coin collecting. He enjoyed playing the piano, saxophone, clarinet and flute.