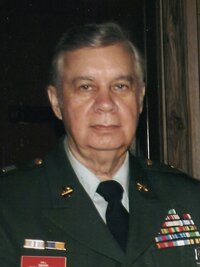 He was born September 29, 1936 in Jasonville, IN to Samuel Hill and Willa (Burris) Hill.

He was preceded in death by his, parents, sister, Nancy Alexander May.

Ross graduated Indiana Common Schools Class of 1950, and Midland High School Class of 1954. He graduated ISU in 1965 with a B.S. Degree in English and received his Masters Degree in Health and Safety in 1973. Ross drove a school bus for 2 years for the Terre Haute Transit Company while he was attending the last 2 years at ISU. He taught at the Metropolitan School District of Shakamak and Clay Community Schools. He also worked as a supervisor of school age youngsters for Pioneer Seed Corn Company for several years. Ross was a U.S. Army Veteran and was a member of the Indiana National Guard. He was also an avid dancer, Master Gardner, and nature lover.