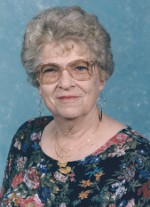 Shirley was a floral designer for Cy Marlow in Jasonville & Linton and worked with Joy Matherly and Sharon Sexton’s Shop. She did oil painting and was a talented artist and was also a member of the Jasonville Assembly of God Church.