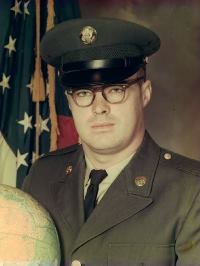 He was born February 4, 1951 in Indianapolis, IN to Bernard W. Bland and Leona Mae (Sparks) Bland.

Terry attended Eastern Greene High School where he graduated in 1968. He drove semi coast to coast for over 30 years and for 16 of those years drove team with his wife. Terry was a U.S. Army Vietnam War Veteran 101st Airborne, served with the Military Police and National Guard. He enjoyed cookouts with family and friends, loved playing video games, sports, hunting, going to the zoo, historic museums, traveling and especially enjoyed watching his grandkids games. Terry was a member of Abundant Love Church of God in Indianapolis.

In lieu of flower contributions may be made in memory of Terry to the funeral home to help with expenses also to Veterans suffering with Agent Orange or to your local church. Envelopes will be available at the funeral home.