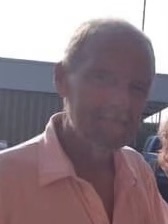 Terry was in the Army Reserves out of Linton, IN. He had worked several jobs before joining the reserves. Terry liked NASCAR, his favorite driver was Ricky Rudd.

Arrangements are entrusted to Michael W. Cox, Cox Funeral Home; 218 South Meridian Street; Jasonville, Indiana. In keeping with Terry’s wishes, cremation will be scheduled with a Celebration of Life to be held at a later date.