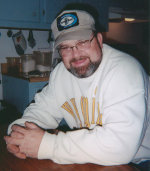 Survivors include his wife, Vicki J. (Evanoff) Walker of Jasonville, IN whom he married on November 15, 1975; daughter & son-in-law, Jodi Lynn & Jeff Brown of Farmersburg, IN; son, Travis Lee Walker of Evansville, IN; sister, Debbie Walton of Ohio; half-brothers, Jim Shiar of Roachdale, IN, Bob Shiar, Dick Shiar and Phil Shiar all of Darlington, IN; grandchildren, Keaton Sexton, Donovan Brown and Lyric Brown. He was preceded in death by his parents; son, Greg Walker; and sister, Diane Walker.

Michael enjoyed driving trucks and was currently employed by Pat Lajoie Trucking. Michael was a Vietnam Veteran of the U.S. Navy, and was a member of Laborers Union Local #204 of Terre Haute, IN.

As Michael wished cremation was scheduled with burial at a later date.