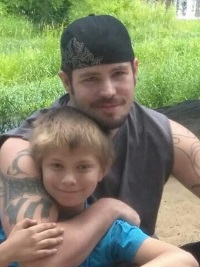 He was preceded in death by his grandfather, William Lyman West.

Bill was a graduate of Shakamak High School class of 2001. He worked at Great Dane and Save-A-Lot as a stocker. Bill enjoyed fishing. He was an avid car fan and enjoyed working and competing in car stereo competitions. Bill loved dogs. He enjoyed being outdoors, hunting, eating mushrooms, and camping. Most importantly, Bill loved all his children.

Arrangements are entrusted to Michael W. Cox, Cox Funeral Home; 218 South Meridian Street; Jasonville, Indiana. A Gathering of Friends will be held Wednesday, December 18, 2019 at the Breathe of Life Church in Linton at 2:00 P.M.