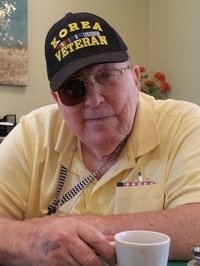 He was born September 10, 1929 in Boonville, IN to William Jason Fiscus and Opal Marie (Keller) Fiscus Miller.

Bill worked a variety of jobs, and some even said he was a “Jack Of All Trades.” In his earlier years, Bill was proud to serve as Jasonville Chief of Police, Greene County Deputy Sheriff, served the City of Jasonville as a Councilman, and was a realtor. Bill attended the Howesville Church of God of Prophecy and Anchored in Faith Ministries.